The community takes pleasure in the lively transformation of downtown Covington. It is about 30 miles east of Atlanta off I-20 and offers a creating a special of dining and shopping options that appeals to both locals and tourists in Covington Georgia.

The Square Park, a lush oasis in the middle of downtown, is the setting for various concerts and community events that take place there throughout the year. Covington was founded in 1822, and although many of the city’s structures were destroyed during Gen. Sherman’s March to the Sea during the Civil War, the city still retains a significant number of its historic residences and structures.

Southern Living Magazine rated Downtown Covington as one of the prettiest little towns in Georgia, and in 2018, The Atlanta Journal-Constitution readers selected it as Atlanta’s best town square.

called “The Hollywood of the South,” More than 100 movies and television productions, including “The Vampire Diaries,” “In the Heat of the Night,” “Dukes of Hazzard,” and many others, have used Downtown Covington as a stunning background. Follow the Walk of Stars around the downtown square to view the names of television and film productions that have used Covington/Newton County as a location, and take guided tours to visit well-known filming locations and learn about the tales behind the scenes.

Really, you can’t miss this. You will learn all the information required to fully appreciate the lovely town of Covington, also known as Mystic Falls. They also have a fantastic collection of the real props that were used to film the episodes of The Vampire Diaries.

Ice cream is eaten at Scoops

It’s fantastic, this ice cream! It is quite plush, and the little store is worth a visit. The actors of The Vampire Diaries frequented Scoops frequently when they were filming the show.

And if you’re a fan of Ian Somerhalder, who plays the series’ Damon, as I am, you must try the banana pudding milkshake, which is a personal favourite of Ian’s. However, I had a cup of Belgian chocolate today. Yum!

Spend your time at the Town Square

Georgia’s Covington is a quaint little town. I adore the entire square and all of the photo opportunities. There’s a reason Georgia is referred to as the “Hollywood of the South”!

Because of this, there are celebrities from various shows and movies that have featured our lovely town all over the square.

Covington most recently became the setting for the Netflix original series Sweet Magnolias.

Whether you’re a fan or not, you shouldn’t miss getting your photo taken in front of the Mystic Falls welcome sign! Mystic Falls is the hub of activity. It’s where everything starts, as well.

In other words, starting your Hollywood of the South trip with a photo next to the Mystic Falls sign makes complete sense.

The genuine wooden sign may be found at the visitor center, and a second one is painted on a wall in The Alley. 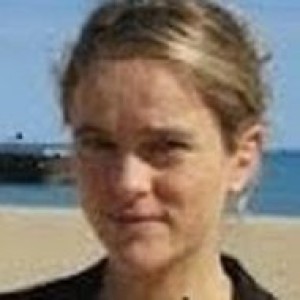 5 Large Cities with the Cheapest Rent

All You Need to Know About Caravan Awnings

Planning To Get A Solar Panel For Your Home? Here Are All The Benefits!

A Romantic Getaway to Shimla