How long does it take to recover from vestibular migraine?

Vestibular Migraine refers to an episode of vertigo in patients with a previous history of migraines. This so-called vertigo feeling causes people to feel unbalanced, disoriented, a sudden sense of dizziness, & nausea. They often feel that their surroundings are spinning or moving, & they are either floating away or swimming. Vestibular is the name of the system that lies inside the inner ear, & helps maintain the body’s balance with its position in space.

Vestibular Migraines may last only a few seconds to minutes, however, they can sometimes persist for days. However, they rarely last longer than 72 hours. Mostly, vestibular migraine symptoms last for up to a few minutes to a few hours. During one of the vestibular migraine episodes, patients might feel off-balance, dizzy, & lightheaded. Patients might also notice that they feel worse when they move their heads.

Vestibular Migraines occur in only about 1 percent of the population, & is the most common cause of spontaneous vertigo episodes in people. Children have also been reported to experience vestibular migraine episodes. These episodes are known as Benign Paroxysmal Positional Vertigo of childhood. These children are also more likely to experience migraines later on in life.

What are the causes & triggers of Vestibular Migraines?

While doctors aren’t 100% certain as to what exactly causes vestibular migraines in people, many believe that an abnormal release of chemicals in the brain is to blame. A lot of other common factors that are known to trigger other kinds of migraines can trigger vestibular migraines as well in those that are prone to them.

In addition to these risk factors, there are some foods & drinks that can also trigger vestibular migraines. These include:

Vestibular Migraines often prove to be tricky to diagnose as there are no specific tests to test for them. More often than not, your doctor will rely on a general description of your symptoms, your medical history, & the consideration factors laid out by the International Classification of Headache Disorders. These guidelines state that a patient can be diagnosed with an episode of vestibular migraine if:

The migraines can’t be explained by the presence of any other disorder that causes similar symptoms.

Vestibular Migraine treatment often consists of the very drugs & medicines used for the treatment of vertigo. These medicines help relieve nausea, vomiting, dizziness, & motion sickness in patients, along with other vestibular migraine symptoms.

If you experience vestibular migraine episodes frequently, your doctor might prescribe the same medications that are recommended for patients of classic, basilar migraines. These drugs & medicines include:

In addition, you can also try certain vertigo treatment exercises like the Epley maneuver, the Brandt-Daroff exercises, & the Semont-liberatory maneuver to help with your dizziness, & other symptoms.

The Epley exercises for Vertigo help dislodge these crystals from the semicircular canal to their original location in the ear. Epley Maneuver is especially helpful for patients whose BPPV symptoms are triggered by some specific head movements. To perform the Epley Maneuver at home by yourself, perform the following instructions carefully.

Note that, the steps given below are for when you have left-ear BPPV.

Doctors often put the success rate of the Epley Maneuver at close to 90%. Vestibular Rehabilitation Therapy can also help patients feel more balanced & at ease with their vestibular migraine symptoms in their everyday life. Vestibular Rehabilitation Therapy is a set of specially designed exercises for a patient that helps train their body to compensate for the loss in the natural vestibular system by employing their other organ systems in place.

It helps to gradually rewire the brain’s reliance on the vestibular system, & instead train it to rely more on signals received from the legs & the eye muscles. 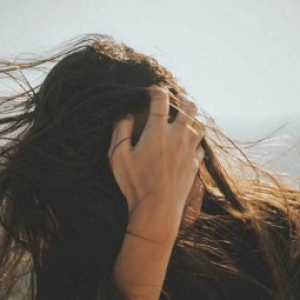 Diabetes: Is coconut water safe for people with diabetes?

11 Causes of Mental Illness: How to Protect Yourself and Your Loved Ones

Effective Alternatives To Chemical Repellents You Should Know

Why You Should Use a N-95 Mask

Different Types of Sportswear for Men

Strategies to Write a Proposal That Gets Results: What to Know When Writing a Bid

How to Choose the Right Gas Fitter